The Egyptian eye tattoo is a symbol of many complex and meaningful concepts. It’s not merely a chic in getting this tattoo but it relates also the meanings with the Egyptian sun-god Horus. To know in detail about this symbol, following is a detailed note on bits and pieces of this eye tattoo.

The Egyptian eye tattoo is famously known by Eye of Horus. Broadly speaking, this is meant to bring the prosperity and goodwill of a person. This tattoo can also be inked in favor of person that’s most dear to you in all of your good and hard times taking an example of mother, who has always loved and taken care of her child out of her motherly affection.

Some of the most common Eye tattoo are

The Eye of Horus

The Third Eye AKA All seeing Eye

The Eye of Providence

Although there are lots of eye tattoo designs and most of them have their own meaning depending on the design, shape and history but People actually associate various spiritual meaning with it and this is the reason they get themselves inked with it. It includes the protection, power, balance, honor or sovereignty. Moreover, some people also take it as illumination, guidance and life after death.

While you get inked this tattoo on your body for a purpose, this will remind you some meaningful aspects of life. It’ll enhance your affinity towards serpent and the falcon. A feeling of hidden fire that dwells in us, and the willpower that needs to be boosted up in tougher days. 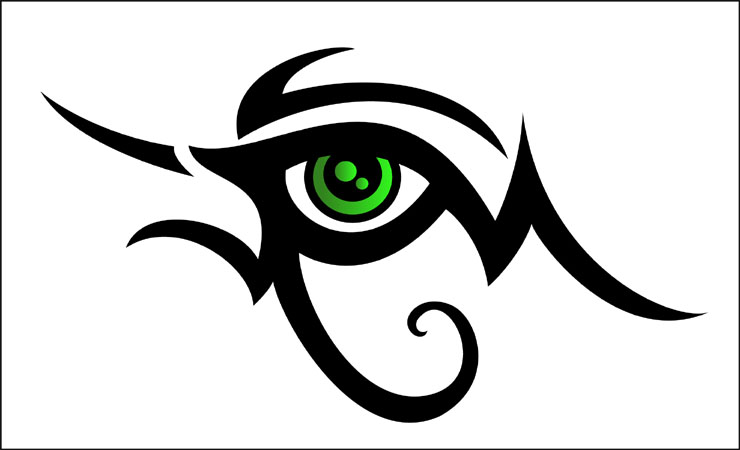 As mentioned earlier, Egyptian eye or Eye of Horus is famously known by various names like utchat, wedjat or ujat etc. The basic meaning of all these terms refer to human “eye”. There are three components of an eye in Egyptian ancient culture, including the eye, the teardrop and the spiral. All of them have their own spiritual meaning in the ancient civilization and hence the tattoo becomes a symbol of many mysteries.

One of the oldest Egyptian pantheons was Horus “sun god”. It is believed to be “all seeing eye” for sun. It illuminates all objects and makes it clear for everyone. It lit the path, leading to soul in the journey of all-seeing, ever-shining eye of the sun.

Different people explain this Egyptian eye tattoo differently. One school of thought says that the downward stroke in eye of Horus is actually the representation of rip done by Egyptian god set. Another group says that the mark refers to lines in the eye of falcon. The falcon is considered to be sacred bird to Horus because it’s considered as all-seeing from sky.

Not only the falcon, serpent was another sacred animal to Horus. The spiral marking in the Egyptian eye tattoo actually shows the Ureaus (a fire spewing serpent) that is believed to be protector of Horus and rest of Egypt. The Ureaus is a female serpent and considered to be all-seeing closely associated with cobra. The spiral extension in the eye of Horus also represents the growth, recession, life, death, expansion and contraction.

The people who inked the Egyptian eye tattoo actually show the whole meaning and concept behind the Egyptian dynasty. This whole concept revolves around in mystery and mysticism. If you’re up to getting this tattoo, be very clear in understanding of the meanings of this Egyptian tattoo.