Social media is undeniably the most vibrant form of interaction. Its impact on our lives is increasing day by day. Nowadays everyone is social media user. Kids, teens, parents, parents of parents; everyone is seen scrolling down or scribing on the Facebook pages, tweeting stuff or sharing pictures on instagram. Use of social media is so over-whelming that it is always on our minds. Here is a list of 10 undeniable facts about how social media is reshaping our lives.

10. We’re Getting More Natural In Introducing Ourselves

Before social media took over, people were very careful about what they should reveal of themselves. Everyone focused on maintaining a positive impression, only depicted their strengths publicly and hid their weaknesses. Social media has put an end to people’s struggle to appear perfect. You might not have noticed but as you see Facebook’s ‘What’s on your mind’ umpteenth times during the day, you get inclined towards sharing what actually is on your mind. Sharing one’s feelings, fears, faults, failures etc. is like a trend now.

9. In Person Meetings Are On Decline

Remember when you used to have tea parties every other day? That was when you and your friends didn’t set foot on social media. People do socialize in reality nowadays but it has been noticeably decreased. Instead of going to a friend’s house, one prefers to simply chat on Facebook. Yes, social media brought friends living at distant places closer but it also drew away the friends in neighborhood. This is one of the most visible changes social media has brought in our lives.

Social media has opened up numerous opportunities for businessmen. Advertising that was once the most expensive and frustrating part of business has become a piece of cake now. You can approach millions of people and promote your business in a matter of minutes via social media. Starting a business, launching a campaign or earning money online, everything can be easily done on this platform. The convenience is enough to prove that how rapidly social media is reshaping our lives.

On the one hand social media has made us confident enough to truly express ourselves but on the other hand, it has exposed us to many problems. As the use of social media is expanding, vicious minds are developing newer ways to bully others. Incidences of cyber-bullying are so common that people have started to feel insecure. Though there is an increased awareness for preventing it yet a lot needs to be done.

6. Fear Of Missing Out

There is this new thing teasing the minds of people. It is called FOMO i.e. fear of missing out. Your friends are enjoying a birthday party and you are in bed sick with flu. Had it been the ‘not social media era’ you would be able to get over it easily. But now it is impossible, as you see the pictures of your friends at party on Facebook or instagram, you get a sudden attack of FOMO. This generates anxiety and makes us very conscious about not missing out on anything.

Pictures of your classmate with her new expensive puppy, your friend’s status about his new cool car, your junior’s fancy haircut are some of the things on your timeline that make you feel bad about yourself. This makes a person unsatisfied with what he owns and makes him embark on the never ending journey of following others. The strong desire to be like others has changed our lives to a great extent.

Social media is reshaping our lives in many ways. Negatives are there but there are many positive impacts as well. An average person’s influence on others has increased manifold due to an efficient communication platform. Raising your voice where millions can hear you was not so easy before. This aspect of social media has developed a sense of confidence in the users. Proposing and promoting new ideas, changing people’s opinions and bringing up new perspectives are some of the things that make you feel great about yourself.

Taking selfies and posting them on social media has become the part and parcel of everyday life. A substantial number of people post new selfies every day. Now the definition of enjoying a party is taking good selfies. People would even put their lives in danger. There are many reports of selfie deaths every month. People, in the love of getting likes and expanding following, are even ready to sacrifice their lives. This is again a significant instance of how much social media has reshaped our lives.

To a number of people social media proves the biggest distraction from whatever is important in life. Particularly, it is true in case of teenagers who waste their precious academic time in making friends on social media websites. They love to stay on their Facebook page, chatting with friends or aimlessly surfing the internet. Students are not actually the only ones who are being influenced by social media; it is equally affecting every user. 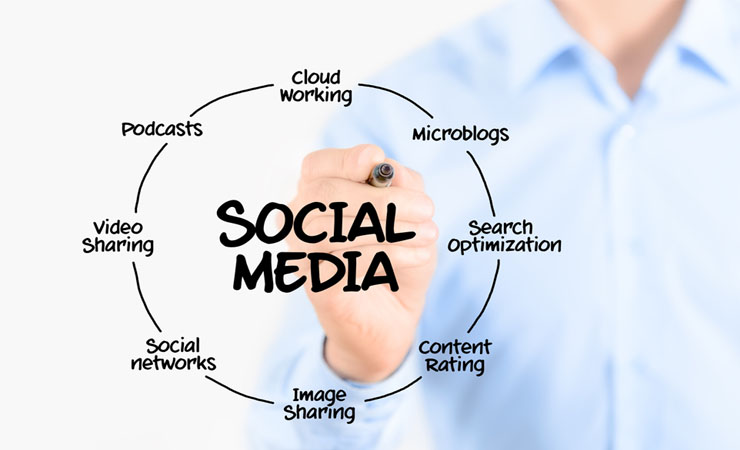 Being online all the time and using internet in almost all of the free time keeps your brain engaged. It becomes difficult to relax when you have so much on your mind. Social media addicts prefer checking updates over taking rest. This leads to lack of concentration, irritability and stubbornness. All this can be avoided if you give your brain some rest, sign out of all accounts and genuinely relax for some time.

Social media is reshaping our lives immensely. Life before the advent of social media was a completely different. It is true to say that social media has impacted our lives more than anything else. It was created to share views and it has proved a significant factor in influencing our thoughts and re-defining most of them. By and large, a commonality is emerging that has its pros and cons but what can be said with surety is that the coming times is expected to enhance it more.