If you guys are the super fans of the girl on fire then surely you are going to get for yourselves a hunger games tattoo. Even though this series is not that old but it mesmerized this generation so much that it is difficult for them to get out of the enchanting world of the hunger games. If you think that you are one such fan then you have come to the right place to get to know the appropriate hunger games tattoo for you. 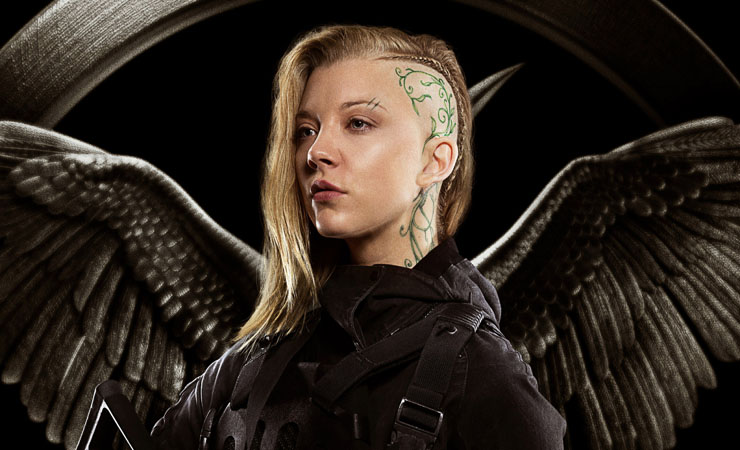 It is like the trademark of the hunger games series and you can choose from among three different variants each of which appeared on the title page of the three volumes of the hunger games. If you don’t want to go for the bright colored ones then a good choice for you can be a silhouette of the mocking jay in black ink.

“ May the odds be ever in your favour” you can get the slogan inked anywhere you want to but the collar bone can be good place for it and you can have it inked on the perimeter of the mocking jay as well and it will be adding to the beauty of the mocking jay. You can also have it in a ribbon style on your wrist.

Bow and arrow the favorite weapon of Katniss and the only one she is adept in. The arrow represents her weapon of choice. A simple but a charming hunger games tattoo. You can have it on your finger, upper arm, and lower arm or even on your legs where ever you like.

Trident was the weapon of “Finnick Odair” the second most famous character of the hunger games and especially among girls. His trident is also a very popular hunger games tattoo. You can get it in the same places as the arrow.

“Hope is the only thing stronger than fear” another of the hunger games quotes and very attractive that you can get it as a hunger games tattoo. Choose the format for it wisely as it can either make it more appealing or the opposite.

2. Evolution Of The Mocking Jay Tattoo

This hunger games tattoo comprises of four different parts in the first one it is holding an arrow then in the second it lets it go and in the third the bird straightens itself and in the last it flies on.

A very famous line of the hunger games series. Those who are not even aware of it as a hunger games tattoo even when they will see it they also cannot stop themselves from complimenting. It goes like “I am not pretty, I am not beautiful, I am as radiant as the sun.”

Hunger games is not that old but it was so mesmerizing and captivated that those who read the book or saw the movie once could not get out of the enchantment caused by it and they considered it an obligation to get a hunger games tattoo so as to prove that they are Katniss’s allies.