Who doesn’t love a good paranormal movie? There is something about the unknown that draws all of us in. The fascination with what is strange to us is what led mankind to many a new discovery. So wait no longer and get started with these must watch paranormal movies now! 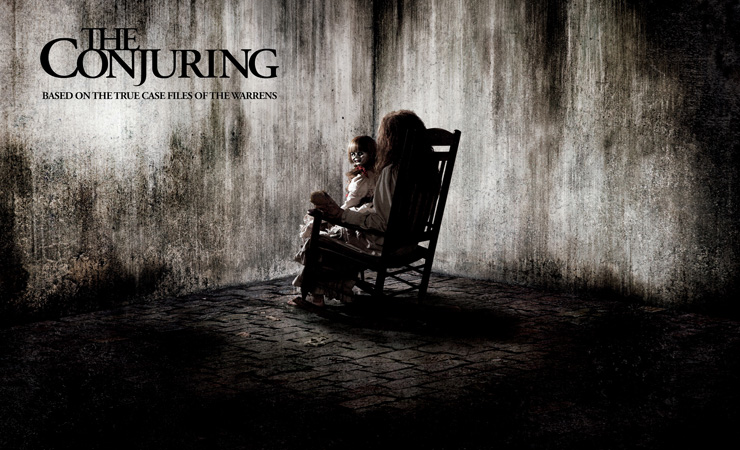 A recent addition to the list of paranormal movies, the conjuring has all the elements that will keep you glued to the screen with your heart racing. The story revolves around a family that moves into a farmhouse in Rhode Island that was once owned by an evil witch who sacrificed her own child to the devil.

Featuring Anthony Hopkins in the role of the main exorcist, the film is loosely based on real life events as told in a book. A young guy decides to become a priest but later on resigns because of a lack of faith. But as fate would have It, circumstances lead him to regain it while carrying out an exorcism by himself.

Perhaps one of the best paranormal movies out there, this one has a gripping storyline and a fantastic ending. A couple’s son has seemingly inherited the ability to travel to an astral plane where he becomes lost in a realm called “The Further” and must be rescued by his father.

Starring John Cusack and Anthony Hopkins, the movie follows the investigations of an author interested in supernatural events when he receives a curious note about room 1408 in a motel, and ends up escaping from near-death experiences with shifts in realities that no sane person could cope with, as well as getting a chance to get a little more time with his dead daughter.

The glorious Nicole Kidman stars as the mother of two children who are photosensitive and must be protected from sunlight. A series of strange happenings coincides with the arrival of new servants in the house and the family battles for their safety and sanity.

Released in 1973, the film remains one of the best paranormal movies of all time. A 12-year old girl becomes possessed by a powerful demon named Pazuzu. The exorcism tests the strength of faith of a young priest and psychiatrist as he is forced to take his own life in an effort to kill the spirit forever after he convinces the demon to possess him.

“Better to reign in Hell than serve in Heaven” as Milton put it, the Devil’s advocate follows the story of a young lawyer who unknowingly enters a deal with the Devil who after destroying his career and nearly costing him his marriage, turns out to be his father and wants him to conceive a child with his step sister, the antichrist.

The list of the best paranormal movies is far from complete. All these movies do however, portray the very best in their genre. A flair for the unknown with a sense of danger and macabre that will keep you wanting more and more!