Making cool stuff is a great way for time pass and to show your creativity and even it makes you happy, not only this but crafting has many other benefits which have been researched by many neuroscientists. Several studies have proposed that crafting or knitting in general aids as a natural anti-depressant, it can also help the people suffering from anxiety and depression, it can help in protecting your brain from aging and has the proven effects as of the meditation.

The therapist of knitting Betsan Corkhill took a survey of 3,545 knitters and after the results, it was concluded that more than half of the knitters felt very happy after knitting and they also stated that knitting makes them feel relaxed and it is also good for stress relief. They described that after knitting, they felt calmer, happier, less anxious, less sad and more confident. Here are the 7 great reasons why crafting is great for your brain.

Crafting helps those people who have low self-esteem because of which they suffer from variety of negative health impacts but crafting solves this problem by providing the sense of achievement, it builds the new skills, it allows the crafter to feel more productive and manages to create the beauty through self-expressions.

Knitting lifts up your mood and spirits because when the end product of crafting is in front of you, the feeling of achievement is more than anything, which provides you the sense of achievement and pride in yourself and being aware of that you know something and are good at it, increases your self-esteem and makes you self-aware.

Crafting starts with visualizing, working on it and in the end, creating the final product and the final product makes you feel happy and it can help you in coping up with the fear of unemployment and also helps in gaining the strength to move on from the abusive relationship. 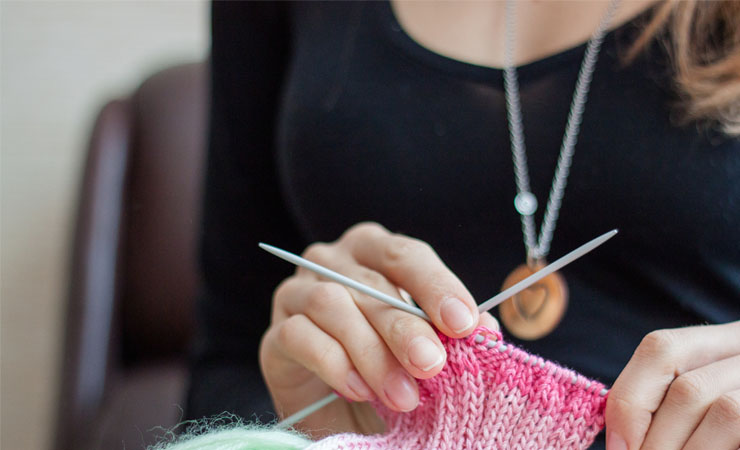 As it is said, you learn from your mistakes, crafting teaches us the same. When you do crafting for the first time, you obviously will make mistakes and then when doing it for the next time, you will exactly remember what you did wrong last time, your brain start practicing remembering these little glitches which improves your mental capacity and also increase your brain’s ability to remember and recover the information better.

Several studies have shown that knitting not only helps in improving the memory but it also postpones the age-related memory loss, it can also be helpful for those people who are already suffering from dementia. A recent study done by the neuropsychiatrist at the Mayo Clinic which proposed that knitting can reduce dementia by as much as 50%.

There are many people who have no idea what they are until they start doing something innovative or creative, before doing anything, they always are like that it is not of my type work but you will never know your abilities until you start doing creative things. Challenge yourself, do something new, set new standards and work towards them, never restrict yourself for a certain or specific work, start learning something new and be willing for it. Crafting and creativity will never disappoint you if you have find it within yourself.

For the people who suffer from insomnia feels terrible when they are tired much but cannot sleep because of being insomniac which makes them frustrated and irritated and makes it harder for them to sleep. Crafting is at rescue! Start concentrating on the soft, soothing and easy repetitive pattern of knitting after which your body and mind will be relaxed and will help you in getting good sleep and you will soon wind down to get to bed.

A study done by a UK organization on the benefits of knitting which stated that 100% of the insomniac patients reported the improved sleep while 90% said that they were able to eliminate medication because of knitting which helped them sleep.

Stress is one of the many health problems which makes people more depressed and they are not likely to work on the basis of daily routine and it also effects the range from migraines and fatigue to heart failure and early memory loss. If you reduce stress, you will be reducing diseases too and the best part of knitting or crafting is that it helps in reducing the stress hence reducing the other health problems. You can do crafting on the daily basis to minimize the effects of stress in your life.

Crafting helps in the various forms of anxiety as it keeps your hand busy and mind concentrated so that you can even go out for some social gatherings etc. even when you have social anxiety. It helps the internal mind to a calmer version when you are coping up with the anxiety and the repetitive thoughts. A research done by Craft Yarn Council reported that ¾ of women who suffers from anxiety found crafting to be calming and it made them felt relaxing.

There are certain activities which are the simplest forms of meditation, crafting is one of them. The rhythmic flow of movements helps you in moving away from the daily life problems. Crafting has the proven results of make you feel better and relaxed. Crafting is also termed as the new yoga practice as it has the health effects on the brain.