Supernatural movies constitute a particular genre encompassing the portrayal of unusual incidents coupled with the existence and execution of extraordinary elements. Customarily, the most common depictions exploited in these movies, are of spirits, phantoms, wonders, gods, divinity and other analogous concepts. Accompanying these mysterious notions are various genre in the art of motion picture, including drama, comedy, romance, horror and fantasy which are incorporated to generate hybrids. For suspense-lovers, following movies are worth watching!

It is recognized as the highly rated supernatural-horror film released in 1980 starring Jack Nicholson who accepts a job as a custodian of a stranded hotel in off-seasons. The plot gains its momentum when his son senses the presence of supernatural creatures dwelling in the hotel as he is capable of observing spirits from the past and future. The thrill continues as the strong impact of ghosts on Jack take him to the height of insanity leading to the murder of his spouse and child.

The ring is among the top 2002 supernatural movies that receiving good rating as a psychological horror film. Story line of the movie is quite interesting where watching some dreadful images recorded on a videotape, followed by a mysterious phone call to the viewer leads to the death of that individual in the subsequent seven days. To unearth the hidden truth behind the tape and four deaths, a reporter tries to investigate the cause by watching the video herself and is left with seven days of life.

The story revolves around a young boy Cole and his Psychologist (starring Bruce Willis), where Cole is obsessed with the visit of spirits whom he can see and talk. Terrified to tell anyone about his dark mysteries, he ends up uttering the problem to his doctor. As Dr. Crowe continues to reveal the reality of his strange capabilities, a series of unexplained consequences shove them up. Besides fiction and supernatural elements you can also find some of the most inspiring and the best quotes ever in this brilliant masterpiece. 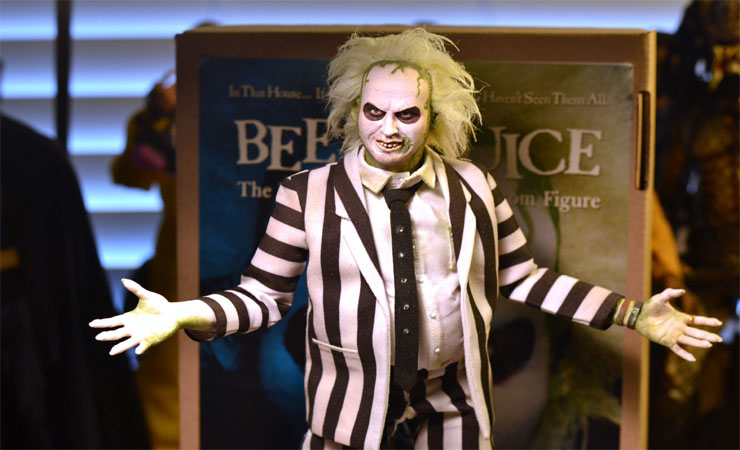 Beetlejuice is rated as one of the best horror-comedy supernatural movies released in 1988 and highly appreciated by the viewers. The plot of the movies surrounds a couple who meets a car accident resulting in the death of both of them. They locate themselves as spirits in the same country and scaring the living residents of their house. Their teasing attempts eventually magnetize an uncontrollably excited spirit named Beetlejuice leading to many disasters. It’s not recommended for you if you’re looking for some sad romantic movies on weekend.

During the World War II, a small family consisting of a mother (Grace) and her two children shift towards the coast, where unusual incidents start happening. Initially Grace is terrified when she hears her daughter talking about ghosts in the house, and also the strange behavior of servants. But the story experiences a great twist when the truth of this “Ghost family” is unleashed. The moving and emotional story also  include it in the some of the great sad movies list.

Another of great supernatural movies where a photographer with his girlfriend spots baffling shadows in the photos taken, following a disastrous accident. The story surely gives you creeps and emphasizes that no one can get away from their past.

Watching “supernatural movies” is not every one’s cup of tea, but those who are interested in mysteries and unsolved puzzles, these movies can be a great delight to watch in leisure time!