Folk wisdom is usually baseless and comprises more often than not misconceptions that have actually no scientific background. Even though we don’t know their exact relation with science, we believe in them. These are scientific myths. Many of these govern our daily life but are not true at all. Apart from history, sociology, art and literature when these misconceptions touch science particularly issues like diet and health, they need to be compared with scientific facts. Have a look at the list of 10 creepy science myths that aren’t true. The actualities behind these myths will certainly surprise you!

10. Fresh Vegetables Are More Nutritious Than Frozen Ones

The popping sound you hear on cracking your knuckles is due to displacement of air in joint. This has got nothing to do with arthritis. Hearing someone cracking his knuckles may be annoying but it isn’t bad for his health. So dismiss this age old unscientific myth too from the list of your baseless beliefs.

This is a very popular myth and has a huge following. However, there is no scientific evidence proving this statement. This untrue scientific myth has been promoted extensively but could not be proved scientifically. Neurologists are of the opinion that we use 100% of our brain. It’s just that we don’t use 100% of brain at one time but we do use the entire brain over the course of day.

5. Mount Everest Is The Tallest Mountain On Earth 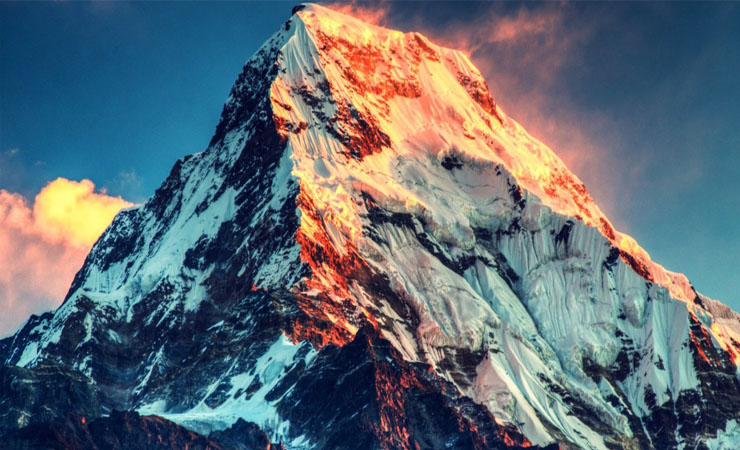 3. Dropping A Penny From Tall Building Will Kill Someone

How can people even think that a thing as small and as light weight as a penny can take lives? The terminal velocity of penny thrown down from a tall building is only 105 km/hr. This cannot do much damage to us. Getting hit by a penny is definitely annoying but it is not lethal at all. This creepy myth is not true but it doesn’t mean that you can drop pennies from tall buildings. This annoys people and is not nice.

This is probably the weirdest one in the list of the creepy science myths that aren’t true. It refutes the idea of ‘being dead’. Metabolism stops after death and body cannot produce anymore keratin in order to make hair and nails without cellular processes. But the thing is that nails of a dead person actually look bigger. This is not because they are growing, this is because the skin around nails retracts due to dehydration and this makes them look bigger.

This myth has a very huge following. Most of the people think bats are blind because of their tiny eyes and their nocturnal hunting habits but studies prove otherwise. Studies have shown that all bats can see and they are sensitive to changing light. Some of the bats have 3 times better vision than humans.

The above list of creepy science myths that aren’t true should make you rethink your beliefs. It is not very easy to accept that the concepts passed on from generation to generation are not true at all. With ever-growing reasoning, it is justified to question the validity of scientific myths and try to look for the scientific evidence behind ideas you believe in. If there is no reliable scientific evidence, then it’s the time to stop conveying the myths.