Once upon a time in a faraway land lived a beautiful young girl who had everything she could wish for; a loving family, a small house and a perfect set of friend’s but something always kept her unhappy, sad and in despair. She wasn’t stout or obese but healthy and curvy which she confused with being fat, so one day she thought to herself that she’ll count every calorie before she eats anything and will eradicate everything from her diet which adds up the fats and calories in her body. Therefore, days passed, weeks went by and even months swayed by and she fell deeper into the calorie count game. With time she did dropped a few pounds but ended up becoming unhealthy, irritable, pale and anorexic. She wasn’t the same beautiful girl anymore who had a fair complexion, red lips and rosy cheeks, someone who used to be so chirpy and cheerful had now become extremely skinny and unattractive.

Everyone was worried about her; her parents, relatives, friends and even neighbors. So one fine day, all of them came together and discussed that how would they let her out of this crazy calorie count mania? Then her best friend took up the responsibility of pulling her out of this mess. Then the other day she went to see the young girl and talked things out, made her realize that she was at fault and that calorie count is mere stupidity and nothing else. It was that day that she stopped with her calorie count, gained some pounds again but became the same one as she used to be before and lived happily ever after! Some reasons which her friend discussed with her are listed below,

5. Calorie Count Leads To Crash Diet Which Is A Big NO! 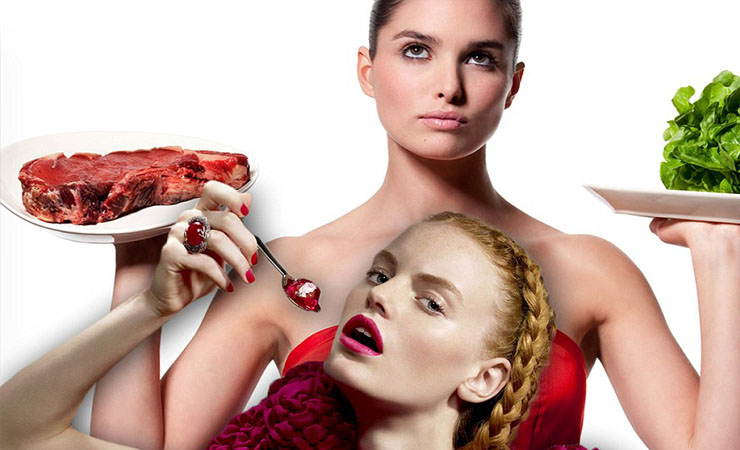 Ladies, if you really want to end up being healthy and lose weight side by side then don’t ever think of opting for the crash diet. It might help you in shedding off the excess pounds off your body but it will slowly and gradually weaken your metabolism, make you uneasy, unenergetic and your immune system will work lower than normal too. Henceforth, it will end up in making you a slow tortoise and you won’t remain a fast paced rabbit anymore. So if you continue with the crash diet and calorie count then you’ll end up in being deficient of essential nutrients which are pretty vital for your body. Therefore, you should eat until you’re full, eat as much as you can but not the junk food or munchies but healthy and organic food’s which will add up to your energy levels and make you feel lively all over again. Some of these foods are,

4. The Calorie Labels Are Usually A Hoax

If you’re a calorie counter then you must’ve definitely come across the nutrition facts panel or nutrition label behind a product’s packaging. Be it a soda, a bag of chips or a pack of biscuits, the calorie labels are available on every product. But did you know that the calorie labels are usually false? They state calories lower than the actual figures and usually a 20% lower figure is stated. For instance if the calories stated on the package are 100 then they might be 119 or a 300 calorie lunch could actually comprise of 400 calories. So, the next time you plan to count calories remember to add up to an extra 20% of your overall aggravated result.

The difference between munching on junk food such as milky chocolate or salted chips while doing homework or completing an office assignment and chewing and swallowing on roasted beef or boiled eggs will be more beneficial than the former. These foods will keep your weight naturally in check and won’t require any sort of calorie calculations done by you. The difference created by the consumption of the two different types of foods described above is that the nutrient lacking foods will make you prone to crave food at odd hours, provoke you to overeat, shoot up your insulin levels and will inflict the hormonal activity in your body. However, the nutrition filled foods will,

2. Every Calorie Intake Isn’t Absorbed by The Body

If you worry about eating three biscuits rather than two or drinking a whole can of soda rather than just the half then you need to know that every calorie which goes into your body is certainly not engrossed by it. However, the reason behind this is still anonymous but it has been said that this happens due to the way our body digests food and the calories that come along with it. However, whilst judging the level and strength of a calorie one must lay considerable importance over the food processing technique and how are they produced i.e. whether they’re processed or naturally grown.

1. Calories Depend On The Environmental Growth Of The Food

Every fruit or vegetable which is available at grocery shops or in the local markets for selling purposes don’t come along with a calorie label against them. Moreover, the calories stored in the fruits and vegetables depends on the seasons they were grown, how ripe they are, which region do they belong to and which variety do they serve. Everything matters while calculating calories but doing a calorie check of such edible items is usually not done. Moreover, every fruit and vegetable will have various nutrients and minerals and their own distinguished levels of calories which are hard to analyze, so it’s better to leave them as it is and not get into the paradox of calculating them.