History is strewn by regimes, governments and kings who endeavored to set new standards in terms of cruelty on their people and people of neighboring states and countries. These rulers used fear and terror in order to gain the submission of their people. Such suppressing rulers may have gotten away with their deeds back in their time, but today, they are counted among the most terrible villains of mankind. Check out this list of the rulers that are thought villainous today. 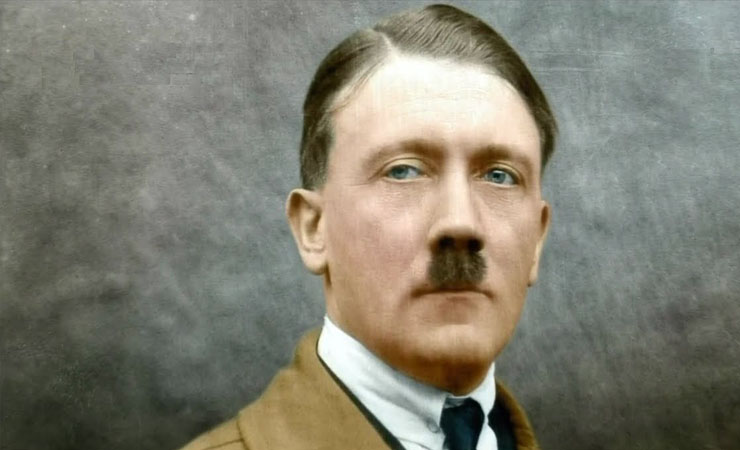 This goes without saying that Hitler was cruel beyond measure. This man was responsible for the second world war which lead to millions dead, but that is not the true measure of his cruelty and evil. The Holocaust is one of the most dreadful chain of events in the twentieth century as well as in the entire human history six million Jews along with millions of Romans were killed during the holocaust. He ultimately committed suicide in 1945.

The myth of the Dracula originated from the cruel ruler Vlad the Impaler. Becoming the king at an age of 17, he rid himself of his enemies by many cruel means. His favorite method of killing people was by impaling them. Between 40,000 to 100,000 people suffered under him and were killed and put in a place called as the forest of corpses. His actions inspired Bram Stoker to invent the character of Dracula following his example.

Few queens or rulers of the feminine gender have managed to be branded evil and cruel. Queen Ranavalona takes the tops spot among them. Later she became to be known as the Mad Queen of Madagascar. She was paranoid of European colonization and that inspired her to persecute and kill all the foreigners. This was followed by an attempt to eradicate Christianity by persecuting the native Christians. When this failed, she ordered that everyone in possession of the Bible must be killed. That makes her one of the rulers that are thought villainous today.

You probably must have heard of Stalin and his dictatorship. Through purge trials and secret executions, he rid himself of any political enemies or competition and his five-year programs left thousands of peasants and laborers dead. He also had an important role to play in the Second World War, in which, first he sided with Germany and then turned against it. Paranoia in his later years compelled him to persecute even those leaders who were closest to him. Such was his villainy that the years after his death are known as de-Stalinization.

He was the king of Belgium in the later half of nineteenth century. He organized a campaign called the International Association for the Exploration and Civilization of Congo, which made Congo a free state and Leopold became its ruler. By exploiting the people of Congo in the form of forced labor especially in the rubber industry, he made a great fortune. He later started enslaving and mutilating these people and the number of dead because of him are estimated between two and thirty million!

She is also known as Bloody Mary. Queen Mary never shied from fierce methods of forcing people into submission. This includes reviving age old methods of torture. On one occasion, she even burnt 300 peasants to death. She is one of the most evil women of history. Queen Mary wished to turn England back to a Roman Catholic but it was her paranoid whims because of which England later lost its territory to France.

He is also known as the Scourge of God. He ruled the Hunnic Empire with his brother in the fourth century. He attacked Roman lands because Rome refused to pay tribute to him, later he directed his assault on Greece followed by Italy. Later, this evil ruler died after suffocating himself from a severe nosebleed. That makes Atilla one of the rulers that are thought villainous today.

Ivan the Terrible became the Grand Prince of Moscow and later he crowned himself as the first Czar. He made efforts to gain more and more authority from the Boyar, followed by the Livonian War. Later, once 600-1000 people were killed with an epidemic, famine and drought, he became mentally unstable and became extremely violent later on. A fit of rage even compelled to strike his own son to death.

Dictator Benito Mussolini is another cruel ruler of Europe who formed the National Fascist Party. After winning the election in 1921, he gradually turned Italy into a dictatorship. He even aligned his country with Germany in the Second World War Anti-Semitic policies in Italy along with wars against Ethiopia and Spain made him very unpopular. He was dismissed by the King and was imprisoned, later to be rescued by German troops. He was recaptured and shot in 1945.

He was a private in the British Army in Uganda. Along with the Prime Minister Obote, Amin created army training camps. He purged entire ethnic groups in his army, and at one point order the killing of 600 troops who were loyal to Obote. He gave authority to security organizations to arrest and execute his citizens at their will. This later led to the death of 100,000 to 500,000 people. Most of these were innocent. He looted the treasury of Uganda, and after a war, was exiled. He died in Saudi Arabia.

History has seen many rulers who tried to use terror and fear in order to win the submission of their people. These tyrants and suppressors are notorious for their rampant killing sprees and abundant use of the most gruesome techniques of torture. There are infact, too many of these rulers to count, but a few stand out among the list of rulers that are thought villainous today either because of their policies, their decisions to wage wars or to kill their own people.