To claim that interstellar travel is now possible takes boldness. Stephen Hawking shows this boldness by taking part in the Breakthrough Starshot initiative. The program has a whooping budget of 100 million and the aim is to try and use the technology of light to propel a spacecraft out of the solar system. This program has made interstellar research a possibility for the first time in many years. Interstellar travel is now possible, but that is predominantly because of some new facts and some changes in the public understanding of this phenomenon.

10. Theories Of Einstein About Interstellar Travel

The first prominent work on the subject came from the most eminent scientist, Einstein. His theory of special relativity describes that interstellar movement is possible. Later, it was further confirmed with his theory of general relativity that also includes the possibility of human travel through the astonishingly huge expanse of space. These theories are significant not only in the perspective that they give us hope about visiting the mind-boggling distances of space but they also undermine “giggle factor” about interstellar journey. Giggle factor comprises theories that scoff at any possibility of such a journey.

This time around, the public and the researchers are not looking at fantastic phenomena about wormholes, travelling across the galaxy in an instant. It is also not about travel faster than light or about a colony of astronauts in a gargantuan spaceship who are looking forward to inhabiting a new planet. In fact, the scientists are implementing the technologies we already have in new ways to attain yet unprecedented speed that makes scientists believe that interstellar travel is now possible.

To make interstellar travel possible, scientists are on their way to test various workable sources to get a faster speed for their journey. The considerations of creating various types of machines and their required thrust include nuclear rockets to plasma drive. Harnessing the power of black holes to propel machines is also being researched.

The concept is that streams of light ways from the sun are used to propel small instruments. With gradual acceleration, the object can attain a speed which is a significant fraction of the speed of light. Sails, many meters wide have been proven to successfully carry objects kilograms in weight. Now, systems are being developed which will carry objects of much bigger sizes and weights. These solar sails work in a similar way as the sails of ships in that they make use of the velocity of particles to propel the object forwards.

There are hypotheses that interstellar travel will become possible in the age of Civilizations III that would be capable of harnessing the Planck energy that can destabilize the existing time and space. Originally, the idea was presented by Soviet astronomer Nikolai Kardashev and is known as Kardashev scale. The people of that age will be able to get energy from of the host galaxy and propel their crafts to reach their destination at an immensely higher speed.

The most interesting part of the interstellar travel is the journey of Man inside spaceships. The vast expanse of the universe requires light years to travel through it. Paradoxically, human life is so short and we can hardly imagine traveling to the nearest star in our lives. Scientists have conjectured about the probabilities of man’s interstellar travel. The most prominent among these theories include creation of generation ships, suspended animation and traveling of frozen embryos. So far as, all these concepts are just hypotheses but scientists do believe that they will find out a way to carry man on interstellar travel.

One downside of the possibility of this high speed interstellar travel is that the spaceships become even more susceptible to damage by dust particles. They could possibly even rip off an entire sail because of the stunningly high speed. These Interstellar spaceships will also be susceptible to damage by radiation and protection from radiations is no easy task. These threats put a lot of pressure on the program that announces interstellar travel is now possible and they make it difficult to make a long journey a successful event.

Once the interstellartravel becomes a possibility, the first thing that NASA intends to do is that it intends to send individuals probes to the nearest solar system, the Alpha Centauri. The distance to Alpha Centauri is 40 trillion kilometers. This distance will be travelled by the probes in about 20 years at the speed of about 60,000 kilometers per second. The amazingly short time is unbelievable. It is justifiable and it will bring interstellar travel to the forefront of human innovation. 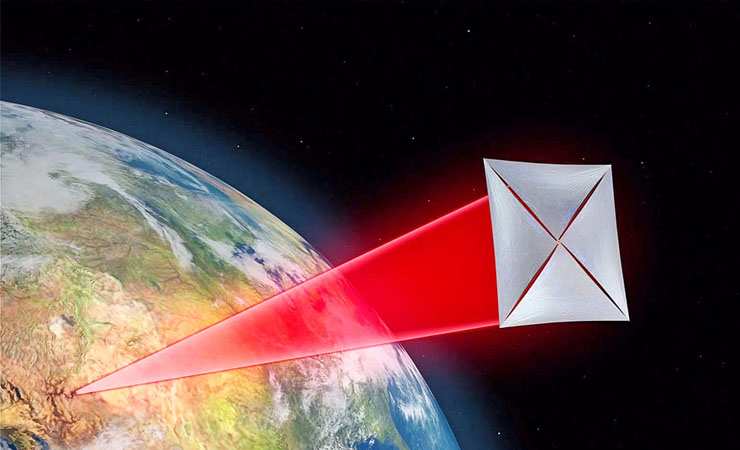 It is another important fact of interstellar travel without which it is certainly not possible to make this journey possible. Space scientist and astronomer Dr Sten Odenwald thinks that the expected cost of such a fantasy journey could be so colossal that no country in the world can ever imagine to afford it singularly. For the purpose, the entire humanity needs a joint struggle.

For human beings, Universe has always been an amazing phenomenon to be explored and deciphered. From poets to scientists, men of learning have endeavored to understand it and made conjectures about its structure. Travelling through space revolutionized our understanding about universe and today when scientists like Stephan Hawking is telling us that interstellar travel is now possible amazes everyone. We can hope if not today, there will come a time when science will enable man to move to other solar system and beyond.