Amethyst Amelia Kelly also known as Iggy Azalea which is her stage name is an Australian rapper, song writer and model. With the sole purpose of entertaining her fans she has given great hits to the music industry which include Work, Bounce, Change Your Life, Black Widow and Fancy. Iggy Azalea is one Australian beauty who carries very sort of look that she wears pretty well.

In music videos, at various events such as award functions, concerts etcetera she is known to flaunt her gorgeous face alongside the whole of her appearance in general quite nicely. The makeup she wears enhances her facial features much more and even better! Her eye brows are nicely shaped and highly defined using an efficient eye brown pencil. Moreover, her eyes are seen in good shape by the winged eyeliner applied on them which makes them look wide and attractive. A foundation that suits her skin type is used to make her face appear even toned with a nice and clear complexion and her lips are always perfectly defined mostly using loud lip colors. Furthermore, they appear huge and pouty and undoubtedly look scrumptious!  Moreover, she never aims to hide her moles and is found to really like them. But why won’t she like them? Marilyn Monroe had them as well and just like Iggy is, she was proud of them too.

However, a few days back rapper celebrity Snoop Dogg insulted the 24 year old rapper by posting a man’s picture on Instagram and relating his face to that of Iggy Azalea’s when she wears no makeup. Angry and in much fury, the Australian rapper replied back to his obscene comments about her. Later after accepting Snoop Doggs apology she appeared without any makeup and my God, did she look heavenly beautiful; just like a fairy sent from the heavens. She looked so cute just like a young girl showing off glowing, clear and even toned skin. However, her small eyes and light eyebrows didn’t appear much appealing but her blond her did, as always! Her lips spotted pink in color as emerging out as her natural lip color which hasn’t been discolored. Furthermore, her nails are always nicely done whether she’s with makeup or the celeb without makeup; they’re mostly captured coated in various nail colors which appear quite chic and striking, although there are some rumors that Iggy Azalea has acrylic nails.

Well, Iggy is a rapper by her profession and that’s what should matter to her fans rather than her outer appearance and looks. Wishing her the best of everything and hope that whatever she aims to strive, she achieves it with ample amount of success. 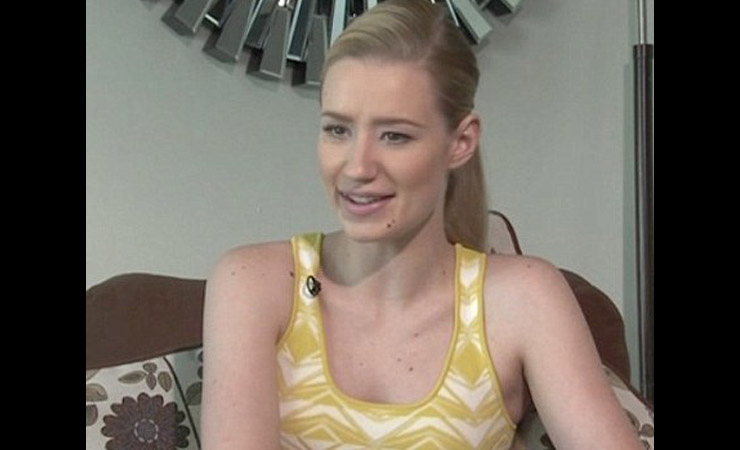